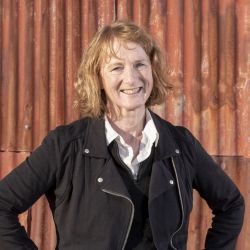 Jane Tyson is originally from the South Island and grew up as an army brat near the military camp of Burnham, Christchurch.

When her dad got a job at the Dental School in Dunedin, Jane went to school at Otago Girls’ High School and attended Teacher’s College. She then began working for Social Welfare.

She moved from the South Island to Hamilton in the 1980s. Next was a move to Whakatane where she embarked on her best project; her two children Jeff and Emma, before running her own garden sculpture business.

When a Prideaux & Co receptionist left and no replacement was organised, Jane found herself filling in. She was “so awesome” that she grew into doing accounting, where she has remained ever since.

In her spare time, Jane is a great squash player.